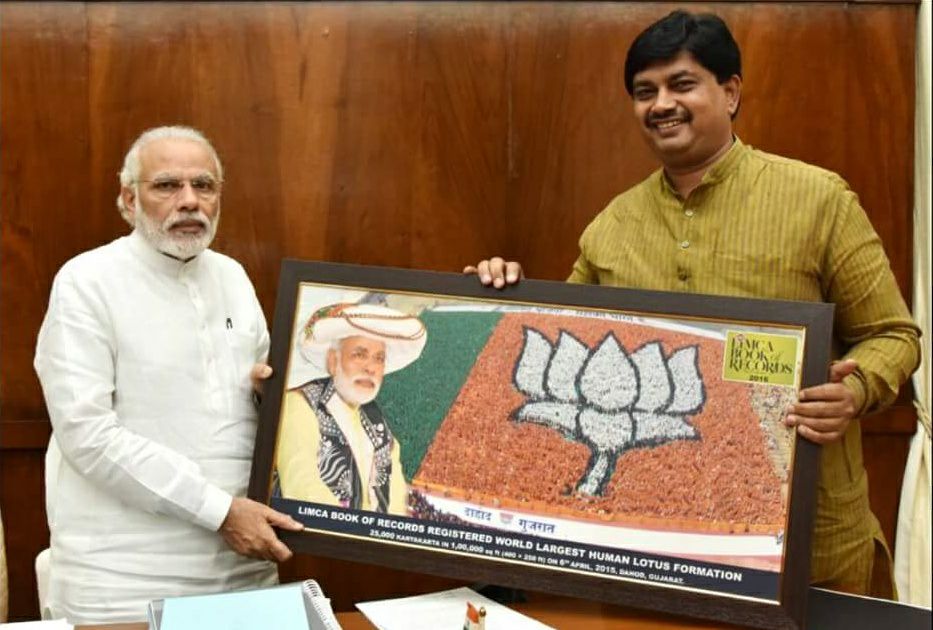 Narendra Modi is a multi-faceted personality

Today is the 69th birthday of our Prime Minister, Narendra Modi. Since his early childhood, Modiji has devoted himself to the service of the nation. As a young man, he showed a strong inclination towards working for the uplift of the downtrodden. Born into a poor family, Modiji had a tough childhood, which motivated him to work for the poor and help them break the shackles of poverty.

Apart from his devotion towards helping one and all, and serving humanity passionately, Modiji is also known for his organizational abilities and political fortitude. In 1987, when he was made the Bhartiya Janata Party (BJP)’s organization secretary for Gujarat, the party had only 12 Members of Legislative Assembly (MLAs) in the state. But Modiji’s organizational skills and political deftness made it possible for the party to capture 67 seats in the 1990 assembly elections. Then, in 1995, the BJP won 121 seats in Gujarat and formed the government in the state. Since then, the BJP has remained undefeated and its leaders have been continuously serving the people of Gujarat. Today, the party is a force to reckon with in Gujarat, and this has been made possible only due to the organizational base created by Modiji in the state and the development work he initiated during his chief minister ship.
Modiji also worked as the BJP’s national general secretary and had then sowed the seeds of the party’s pan-India growth. Today, the BJP is the world’s largest political party, and it is all due to the vision of Modiji.

During the 1990s, I got the chance to work for the BJP under Modiji’s leadership in Gujarat. I remember that there was an exhaustive and elaborate party membership campaign being run in Gujarat. The way Modiji used to organise membership drives down to the grassroots level was not just a learning experience for the party workers, but it was enlightening for me as well.

When Modiji became the chief minister of Gujarat in 2001, it paved the way for changing the development paradigm in the state. During that time, he initiated several programmes, which were considered “unimplementable”. When he decided to provide 24×7 power supply to every household in Gujarat, the idea had very few buyers. But through his political fortitude, strong determination and passion to work for the people, Modiji achieved this dream and showed the world that when there is a will, there is a way. There are numerous examples of how Modiji’s image as a go-getter transformed Gujarat.

It was the Modiji-led Gujarat model of development that worked in favour of the BJP across India. It gave a clear message to the masses that if the leadership is committed, then a true welfare State is possible. Gujarat’s growth story built a silent appreciation for the BJP across the country, which led to people showing the door to the corrupt, indifferent and inefficient Congress-led United Progressive Alliance (UPA) government and gave a decisive mandate to Modiji.
With the motto — ‘sabka saath, sabka vikas’ — Modiji started many initiatives for poverty alleviation, resulting in a qualitative change in the living conditions of the poor. It would not be far-fetched to say that after Modiji became the prime minister, the poor have begun to believe that the government is sensitive towards their needs, hopes and aspirations. Another important thing to take note of is that, despite the heavy public expenditure on various developmental schemes by the government, not one charge of corruption has been levelled against the Modi government.

appeasement, which had gripped India’s politics for long, have been broken under Modiji’s leadership. It has also broken one political myth. It is surprising that Modiji’s caste accounts for less than 1% of Gujarat’s population. But the reason for his victories in the state, and now across India, is due to his politics of development and commitment towards the poor and downtrodden.

Under Modiji’s leadership, not only is the country working towards a developed society, but India’s profile has also risen considerably on the global platform. The strongest proof of this is the world upholding India’s position on Article 370 and denouncing Pakistan’s stand. Pakistan has been left high and dry in its efforts to put India down internationally. Similarly, member states of the United Nations giving a green light to Modiji’s proposal of according international recognition to Yoga Diwas is also a sign of India’s growing clout globally. Modiji believes in shaking things up to get the desired results. Keeping in mind the ills of vote bank politics, who would have thought that any party would dare to bring a law on triple talaq to liberate Muslim women or remove Article 370 to ensure the complete integration of Jammu and Kashmir into the national mainstream?

Modiji has always stressed on involving citizens in nation-building. The very first thing he did after assuming office as prime minister in 2014 was to hit the streets with a broom to promote cleanliness. Today, Swachh Bharat Abhiyan has become a national movement. Now, Modiji has appealed to all of us to make India plastic-free, and I am sure we will achieve this very soon. One of the hallmarks of his style of governance is his ability to connect with the masses. Undoubtedly, people not only listen carefully to whatever he says, but also believe him and follow him.

To uplift the lives of people, particularly the needy and those from the weaker sections, Modiji is always ready to walk that extra mile. He has the ability to understand and utilise the capabilities and expertise of his team members. He delegates work by aptly gauging the understanding and capabilities of his team members, which ultimately helps in more efficient implementation of programmes.

Our prime minister has an unflinching resolve and unwavering patience; he is firm in decision-making; he does not let any obstacle come in the path of achieving the task; and he is a man of consensus who believes in the natural flow of ideas to get things done.

It is a matter of great pride for us that today we work under a leader who is working relentlessly to re-establish India’s cultural heritage and make it an egalitarian society. I extend Modiji my best wishes on his birthday and pray to God to bless him and give him more strength to serve his motherland and humanity.